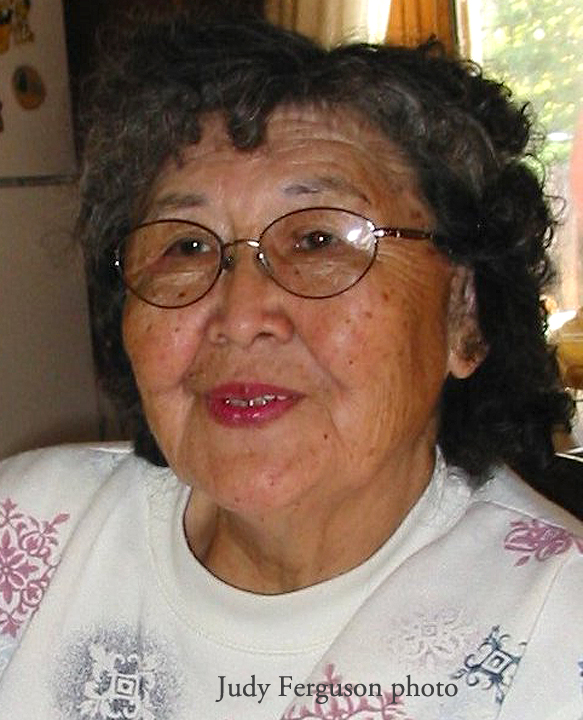 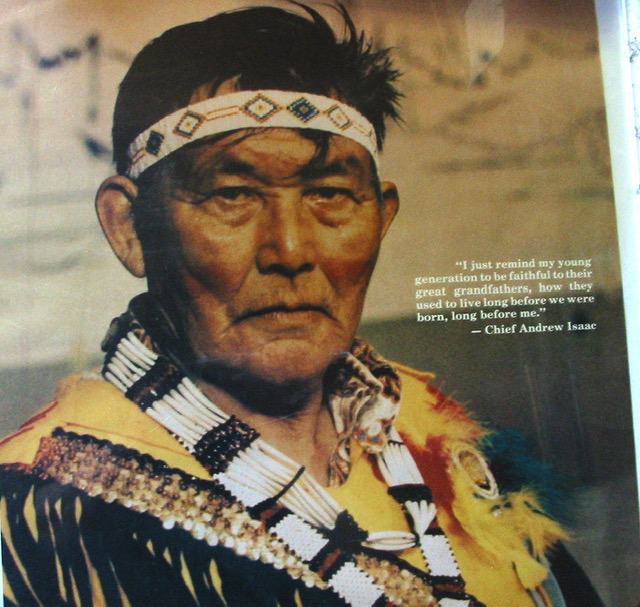 Tanacross elder Laura Sanford, a Daendeh Athabascan, whose people originally traveled from the Canadian border northwest to the Delta and Goodpaster rivers, south to the Copper River, was born in Mansfield, or Dihthaad in 1928. Her older brother, Andrew Isaac, Tanana Chiefs Conference original First Traditional Chief, was born in 1898 at Ketchumstuk, one of the band’s long-term sites. After disease destroyed most of the population, survivors moved to Mansfield Lake.

Laura and Andrew’s grandfather Chief Isaac was born about 1848 and may’ve been from Joseph village. According to Laura, when he was dying, he asked Joe Joseph to bring “the preacher” up by boat to pray for him. On arrival, the preacher asked Laura’s grandfather, “Now you are going to leave us. You have three sons and grandchildren. Do you want a church and school for your people before you die?” Chief Isaac knew other villages were getting missions and said, “Yes.” After he died, the people built St. Timothy’s Episcopal Mission at Tanana Crossing sixteen years before Laura was born. Arthur Wright was the missionary, followed by a Mr. McIntosh. Tanana Crossing was a big village. When the subsequent chief, Walter Isaac, got sick, he asked Laura’s brother, Andrew, to become chief.

Laura remembered that when she and her siblings were young, they lived in a wall tent on the main upriver trail. The fur buyer, John Hajdukovich, used to stop for tea. She said, “He carried the best goods: good-quality washtubs, washboards and stovepipe.”

After 1942 and the building of the Alcan highway, she said, “We could go to town then to the doctor or to trade our furs. Our wilderness was no longer isolated.”

In 2003 in an interview with Judy Ferguson, she remembered, “Our kids grew up here among white people, learning computers. I teach them my way, and if white man’s way doesn’t work out, they can turn back. Today our Native children don’t know how to dry fish or to tan hides. To teach our young, I carry an album of photos. If a child questions my stories, ‘Are you sure?’ I point to a photo of my grandma skinning her moose hide. I have this for our children.”

Laura was also a long-time supporter of Tanacross language work. She was a major contributor to documentation, including publications such as the Tanacross Learners’ Dictionary and the Tanacross Phrase and Conversation Lessons, and an as-yet unpublished collection of stories. She participated in numerous language workshops and classes at the University of Alaska Fairbanks and the Yukon Native Language Centre. She never missed an opportunity to share her Native language with others.

In 2010, this warm, open mother of eight, steeped in the traditions of the Mansfield-Ketchumstuck bands, passed away, leaving a hole both in the linguistic community and in our hearts.