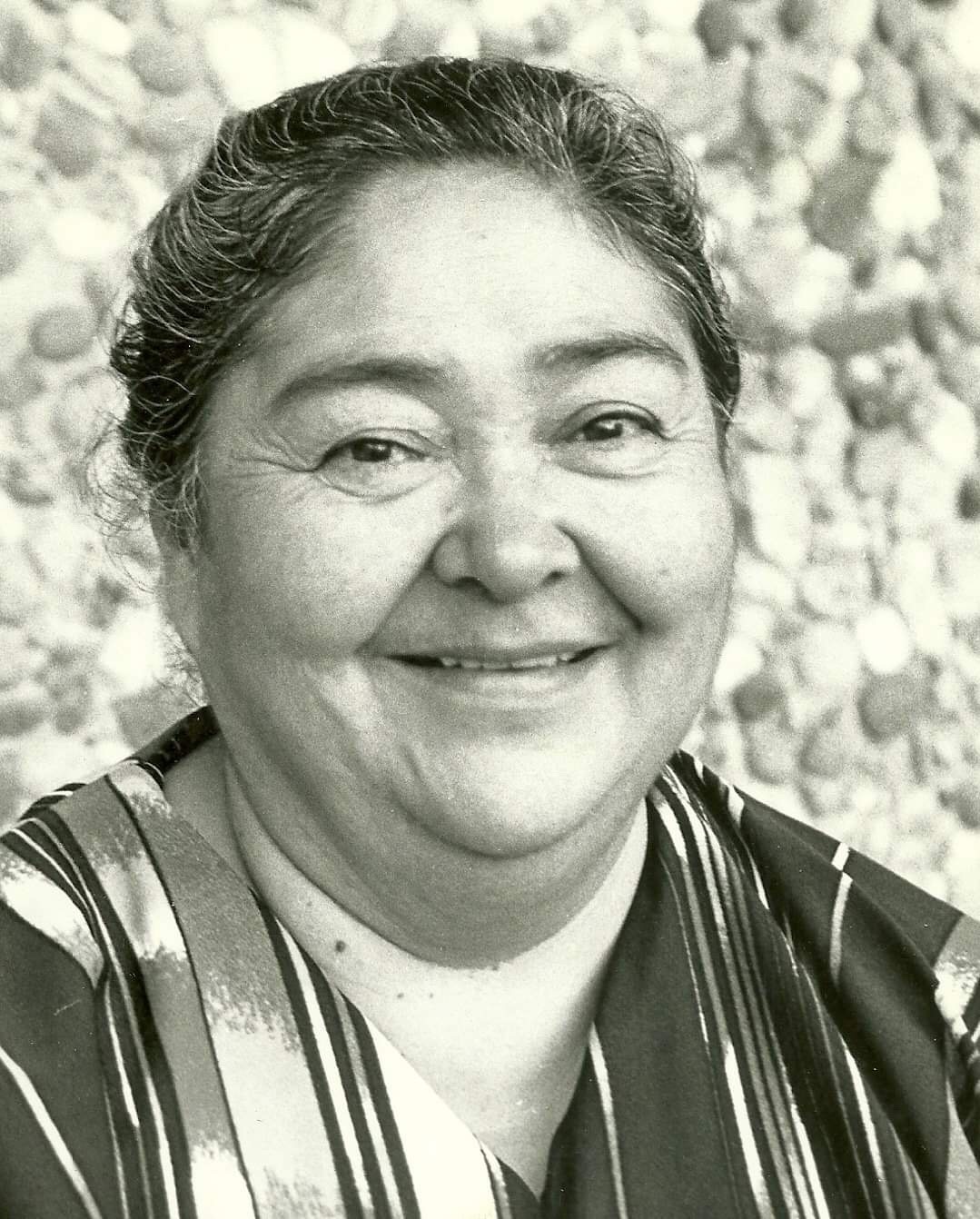 Everyone knew Martha Demientieff. She was a class act. Claude and Martha ran the famous, family barge company on the Yukon. It was the most exciting thing of the summer to see the barge coming into every village, the entire town would run to the barge landing to meet them. They sold things on the barge, brought groceries, building material, vehicles, all the supplies everyone waited all winter for. Martha was always smiling, greeted every person with a big hug and sincerely enjoyed quick visits with everyone in fishcamps and villages. She treated everyone with kindness and love, she made you feel special. She was loved by everyone. People still sit on the banks today reminiscing about the old days, when the Demientieff’s Barge was chugging down the river, loaded three stacks high of treasures, water over the deck, with Martha waving with her children on top the wheel house. She was definitely our Yukon Queen.

Before his untimely death in 2018, Claude Demientieff, Jr. of Nenana and I met in his home in 2004, a year after his mother, Martha Aucoin Demientieff, died. While growing up, Claude’s parents f’irst priority had been to keep their family together and to serve their communities. Loved by many, Martha had interviewed with me several times during her later years. (I’d first encountered the Demientieff Barge Service when we canoed the Yukon and Innoko rivers in 1975.) The following is Martha’s story as told and edited by Claude, Jr.
-`Judy Ferguson

within her womblike bosom she comforted me.
safely tucked under her wing I felt safe to drift free of worldly hardships.
straying, i was often called back into her swaddling comfort,
hustling like a bear cub, it was nearly a wordless summons,
back under her warm wing nest to drift safe through a feathered amniotic harbor.
while she kept building, teaching from her stitching fingers.
proud family medallions encrusted with beads hint of her decades,
her dark fearless eyes saw clearly into the future. told me what would happen beyond the timeless rivers and into the majesty of the oceans.
brave uncommon voyager, your sojourn all to brief.
now with dad she sits upon a couch of jade and furs,
no hurt nor breath of sounds disturbs their eternal rest.
she swaddles me still and always will.
in a blanket of love, rising across centuries, tides, and dangerous shallows. she protects me.
I love and miss you mom.
thank you for giving me life, guiding my crooked trail.
rest exhausted mother of children, the good lord has reversed the years to a certain home up a special river to a special lake. rest now, I will make you proud.
lay close to us here mom, on the beach with dad, i’ll make fire protect you as dad taught me.
from your barabara home birth at becharof lake to the sandy beaches of reindeer lake, your children and students remember your mountain of brilliant teachings and will carry on to quench the thirst of new students. welding earth and creatures,
into one vast breath, one with you in thought and purpose.
~Claude Demientieff, Jr.

Family and friends are encouraged to donate to the basket honoring Martha Demientieff, whose family was connected particularly to Nenana and Holy Cross. The Grandma baskets will be sold in a silent auction at mygrandmashouseak.org event June 7th , 5 PM at the David Salmon Tribal Hall to raise funds for Cynthia Erickson and My Grandma’s House kids’ caravan Fairbanks-Northway-Nenana, June 7-14th. Please contact Cynthia Erickson or Deanna Houlton.